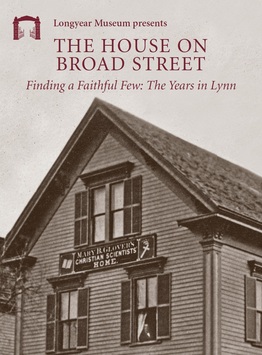 The House on Broad Street – Finding a Faithful Few: The Years in Lynn

About the film: The house at 8 Broad Street, Lynn, is the first home that Mary Baker Eddy owned. The years in Lynn saw events of great historical and spiritual significance, including these milestones: Mrs. Eddy completed and published the first three editions of Science and Health; formed the Christian Scientist Association; chartered the Church of Christ (Scientist); began preaching in Lynn and Boston; chartered the Massachusetts Metaphysical College. It was in this house, also, that she became Mrs. Eddy This film looks at Mrs. Eddy’s far-reaching work to establish Christian Science while living in her modest home in Lynn.

The House on Broad Street debuted in October 2012. It was written and directed by Webster Lithgow, who also wrote and directed The Onward and Upward Chain, Remember the Days of Old, and “Who Shall Be Called?”

View a preview of the film at www.longyear.org

This entry was posted in Uncategorized and tagged film, Mary Baker Eddy. Bookmark the permalink.